Where were you when you heard about Amazon’s changes to the Kindle Unlimited policy? I was having the wind knocked out of me after publishing my first serial short story, Grendel Uprising: Proof of Death. Initial reports of the new payment policy upset some authors and caused others to do the happy dance. The version I first received was that the new KU policy was going to punish writers of short fiction.

I thought to myself, “Good job, Moon. Brilliant time to commit to a twelve part serial. Very nice.”

I did a little research. Hugh Howey chimed in with his opinion on the matter, as he is prone to do. In his blog post, Why KU Short Fiction Still Makes Sense, he makes the argument that quality matters in this payment paradigm. If your book, regardless of length, is borrowed and not finished, you don’t get paid. This is either scary or brilliant. The good news is that readers can put the book down, pick it up again much later, and the author is still paid when it is finished. Mr. Howey also argues that books and stories that are finished are more likely to be reviewed.

A six hundred page novel, read to completion, gets rewarded the same as six one-hundred-page novelettes that are read all the way through. This makes the payment scheme literally six of one and a half dozen of another. Chris McMullen offers a nice summary of the changes that begin on July 1st. (15 Questions & Answers about the new Kindle Unlimited policy effective July 1)

I hope that you enjoy reading short fiction and would consider my newest publication, Grendel Uprising: Proof of Death. This stand alone science fiction tale of adventure is episode one of a monthlies series. GU: PoD was professionally edited using the Triangulation services of BZHercules.com.

After July 1st, I will only get reimbursed for my effort if readers like the story enough to read all of it. 🙂

I hope this new version of Kindle Unlimited really does effectively reward quality writing and serious authors. This has been my dream for thirty-three years. If self publishing crashes and burns, destroying the great opportunities writers of all walks of life currently enjoy, I will still be writing fiction thirty-three years from now!

Thanks for stopping by.

Grendel Uprising: Proof of Death (17, 000 words)
The longest journey begins with a single step, or a high-altitude insertion from the extreme upper atmosphere. What could possibly go wrong? Aefel 70391, a proud member of the First Armored-infantry Lightning Division, must find the Emperor’s assassin on a forgotten planet populated by blood thirsty vikings.

Once, long ago when wealthy adventure tourists finally admitted they could not travel back in time, the Grendel Corporation purchased planet 0473829 for cheap and populated it with historical reenactment volunteers. Expenses soared. Bankruptcy followed. Technology went dark. The Earth System Commonwealth Military slowly withdrew protection from the economically and strategically insignificant project.

Seccon 99991, First General and Chief Strongarm of Emperor Dan Uburt-Wesson, disappeared as thoroughly as a myth after committing regicide. A small, but well informed faction of the Earth System Commonwealth Military believe that he has hidden on the primitive — and privately owned — world of Grendel 0473829.

Seccon must die; this is known.

What is the killer seeking in the last corner of human explored space?

Aefel must learn the answer or face permanent exile in the land time pretended to forget. 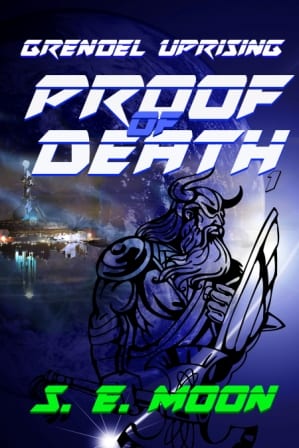 Episode 2, Grendel Uprising: Blood Royal, is scheduled for a July release date. Seccon betrayed the Emperor of the Earth Systems Commonwealth. Did he make a mistake? Can he keep the Blood Royal alive when modern commandos want them dead? 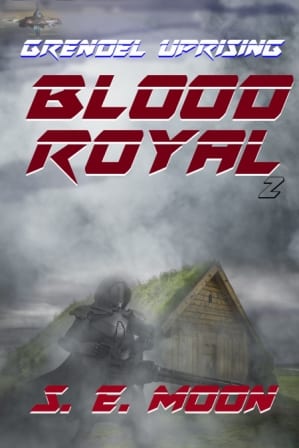