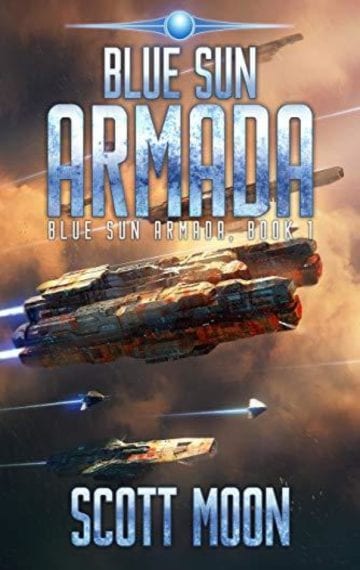 First In Series
$0.99Buy Now!Read A SampleSee The ReviewsSee The Full Series

War is coming.
Duke Uron Marlboro led his mighty house to victory in the Zezner war. The last thing he expected was for his allies to turn on him.

With a new civil war brewing, the Duke and his family have one option to survive the king’s wrath—

They must flee.
Will they survive the political games of their past? Can they escape their doomed planet and find a new place to thrive before their once great house is destroyed… forever.

Blue Sun Armada is the first in a new epic space opera set in the far-flung future. Legendary mech battles, intense fleet engagements, and deadly politics all make Blue Sun Armada a magnificent read. Pick your side and buy now to start the fight for survival!