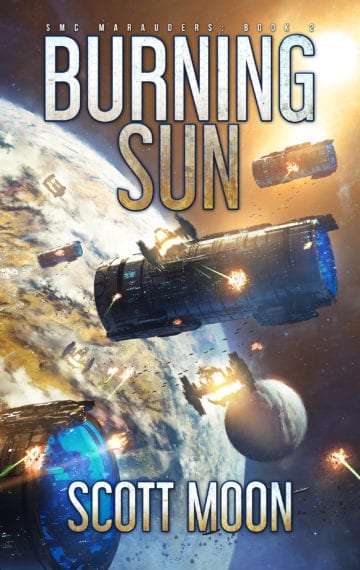 $4.99Buy Now!Read A SampleAdd To Your GoodReadsSee The Full Series

Invasion. Counter invasion. Betrayal. Planetary assaults are the most dangerous during a double cross.

Admiral Danzig Robedeaux has so few friends he can only fight to save his enemies. Framed for smuggling mega tanks to the Dissident Union Army, he is to be put on trial as soon as he stops the Burners. His destiny, and that of his brother who has been behind enemy lines for decades, is about to change.

Kevin Connelly, recovered from the Second Brookhaven War, trains for Recon tryouts. His mission in life is to get back in the action and rescue the twins from Cronin, an alien with a greater past and grimmer future than either of them realize. He knows he should be careful what he wishes for because the next conflict is going to make Brookhaven look like a walk in the park.

Cronin, alone after his refusal to turn Ace and Amanda over to his former Siren masters, faces true death without Chrysalis. He will face a transformation like no Siren or Nix has ever seen and the galaxy will burn if he fails.

Burning Sun is book two in the SMC Marauders trilogy. Readers who enjoy fantastic aliens and epic battles will want this series in their collection. Part space opera, part military scifi, this book takes a dynamic cast of characters to stunning new worlds and epic conflicts.