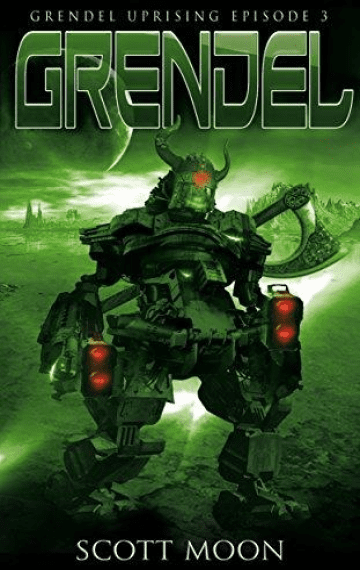 $0.99Buy NowRead A SampleSee The ReviewsSee The Full Series

Hundreds of years have passed on Grendel since they last saw a modern army. That is about to change.

Three centuries ago, the planet of Grendel was purchased and terraformed into an imitation of 9th Century England and Scandinavia. Galactic civil wars, a cycle of financial recessions, and corporate raiding forced bankruptcy. The project, like many others, was abandoned.

In Proof of Death (Episode One of the Grendel Uprising), a legendary space soldier is sent to find the man who assassinated the Emperor of the Commonwealth.

In Blood Royal (Episode Two of the Grendel Uprising), the solider and assassin maneuver against each other to save the lost children of the royal family from treacherous enemies. The dark secret of a weapon long banished is revealed.

Heavy Weapons (Episode Three in the Grendel Uprising), is the final chapter of this series of short novellas. The soldier, the assassin, and the secret weapon will collide with the people of Grendel and the traitors of the empire. The returns to haunt the Galactic Commonwealth.