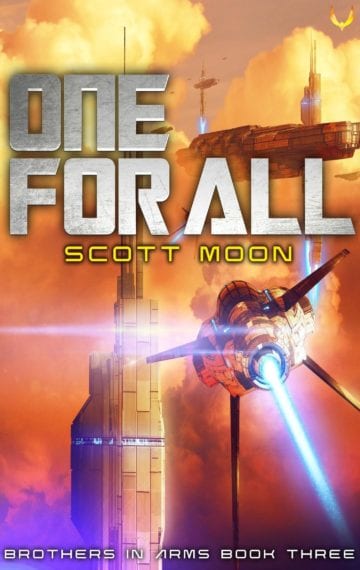 When enemy armadas push into the home system, the United Galactic Government scrambles to make a last stand.

This will be the last, most desperate fight for survival in history. Can patriotism and bravery triumph, or will politics, corporate espionage, and hostile aliens bring the era of humanity to a close?

Only one man has ever communicated with the enemy—and what he learned isn’t good. The Star Skull armada has nowhere left to go and their time is running out. What will be the price of peace for two peoples struggling to survive in a shrinking galaxy?

Get One for All, the final installment in the Brothers in Arms trilogy today!