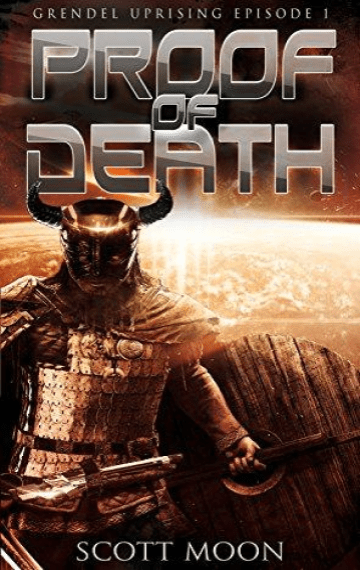 First In Series
$0.99Buy NowRead A SampleSee The ReviewsSee The Full Series

The longest journey begins with a single step, or a high-altitude insertion from the extreme upper atmosphere. What could possibly go wrong? Aefel 70391, a proud member of the First Armored-infantry Lightning Division, must find the Emperor’s assassin on a forgotten planet populated by blood thirsty Vikings.

Once, long ago when wealthy adventure tourists finally admitted they could not travel back in time, the Grendel Corporation purchased planet 0473829 for cheap and populated it with historical reenactment volunteers. Expenses soared. Bankruptcy followed. Technology went dark. The Earth System Commonwealth Military slowly withdrew protection from the economically and strategically insignificant project.

Seccon 99991, First General and Chief Strongarm of Emperor Dan Uburt-Wesson, disappeared as thoroughly as a myth after committing regicide. A small, but well informed faction of the Earth System Commonwealth Military believe that he has hidden on the primitive — and privately owned — world of Grendel 0473829.

Seccon must die; this is known.

What is the killer seeking in the last corner of human explored space?

Aefel must learn the answer or face permanent exile in the land time pretended to forget.

Proof of Death is a 17,000 word short story, complete as a standalone adventure, but part of the monthly Grendel Uprising series.