Today, I am very excited to be able to help author Steven Montano reveal the cover for his final installment in the Blood Skies series, Vampire Down!! 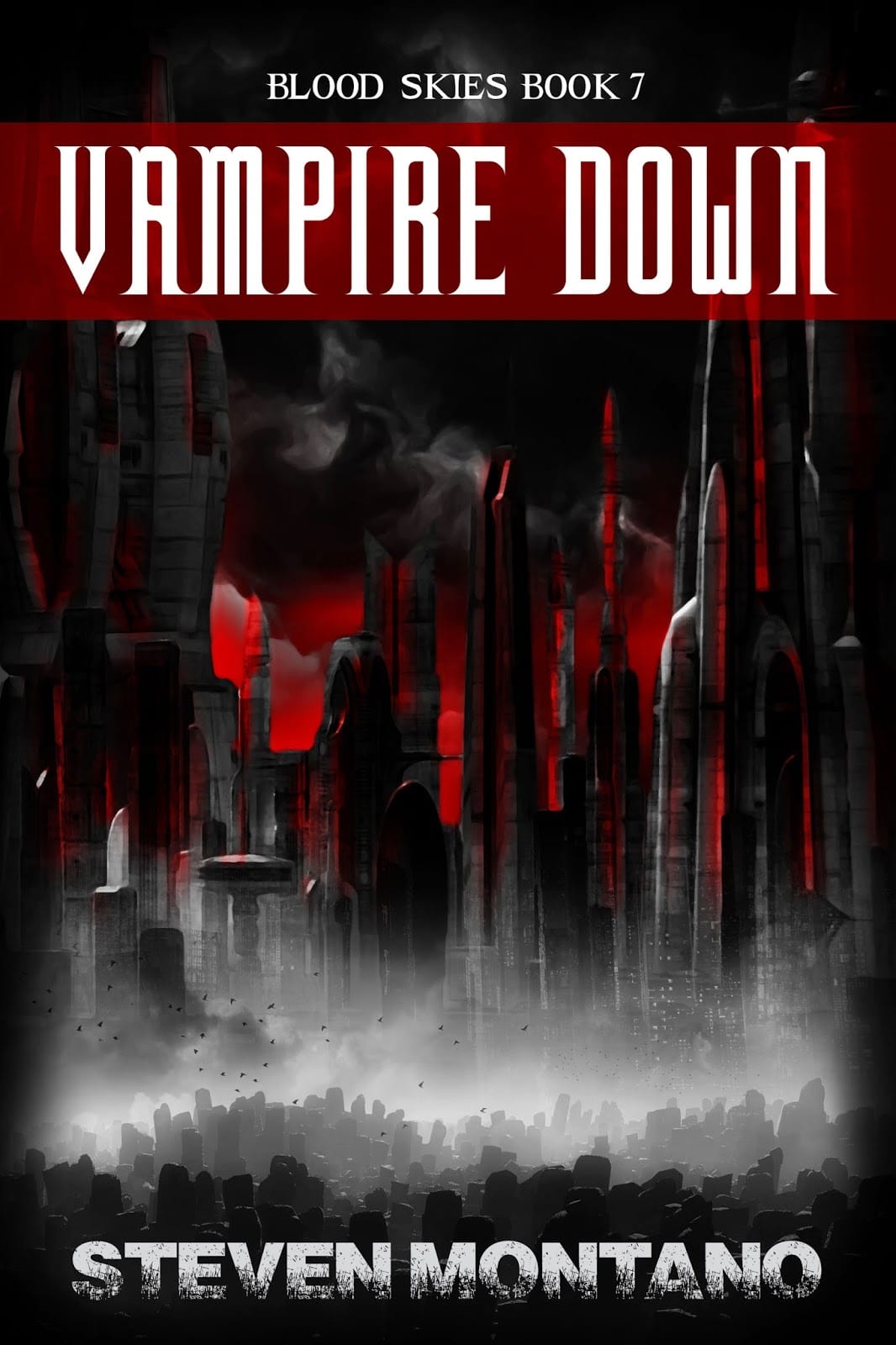 Who ever knew the end would come so soon?

In this final volume of the BLOOD SKIES series, Eric Cross and Danica Black find themselves facing impossible odds in the desolate ruins of the world they once knew.  Hunted by the mercenary forces of the newly formed East Claw Coalition and desperate to find the elusive White Mother, the two refugees will be pushed to the limits of their abilities and sanity as they struggle to survive.

Meanwhile, in the near future, the undead hunter called Reaver searches for the lost city of Bloodhollow, the place where humankind will make its final stand, while the undead of New Koth and the rebellious White Children make their push to end the reign of the Ebon Kingdoms once and for all.

As timelines collide and the spider weaves her web, the battle for the fate of the riven world will come to its violent conclusion in the depths of a forgotten city, where unlikely heroes will emerge and hidden evils will finally be revealed…

About the Author~
Steven Montano was something terrifying in his previous life.  Now heâs an accountant, so not much has changed.
An avid hiker, reader, San Antonio Spurs fan, goofball husband and father of two, Steven writes novels (the seven volume Blood Skies series, the Skullborn Trilogy, something blackâ¦, and the upcoming thrillers Blood Angel Rising and Colder) and drinks a lot of wine when he isnât busy pulling his hair out over payroll or trying to balance the company books.
Visit the authorâs website and check out the Vampire Down page on Goodreads!
Thanks for stopping by, make sure you check out this series. Book 1, Blood Skies is currently FREE on Amazon | Barnes & Noble