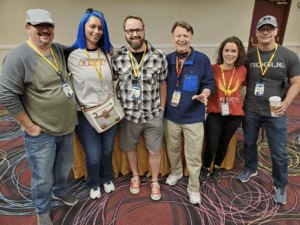 I love writing conferences, and I love 20 Books most of all. Each time I attend, I get a wave of energy. It’s a time to meet friends I only see once a year and get excited about my dream job. Does it wear me out? Absolutely. I was on two panels, Police Procedurals, and […] 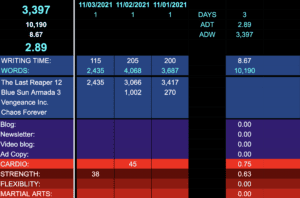 People ask me how I can write eight to ten novels a year while working a full-time job and raising a family. The answer is simple. I don’t do much else. 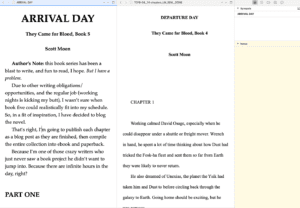 “Call me crazy, but I’m doing this…” (Scott Moon, right before everything went off the rails.) I feel I owe you, dear readers, a bit of an explanation. They Came for Blood was conceived as a five-book series: Invasion Day, Resistance Day, Victory Day, Departure Day, and finally, Arrival Day. In this last book, I […] 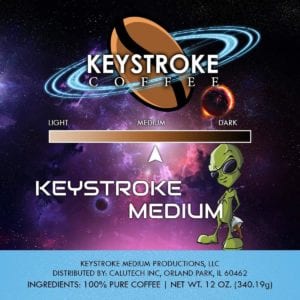 This is the only true road to happiness. Tell me I’m wrong (no, seriously, if you disagree, go crazy in the comments). There is nothing better than stepping back from the social media shit show of modern society, sipping some java at the perfect temperature, and losing yourself in a story. 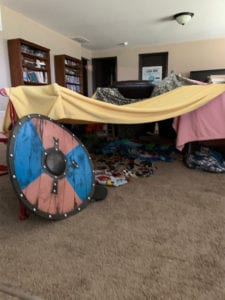 Imagination. Playtime. Blanket forts. That’s where it’s at. As a writer, I value creativity and hope to foster it in my children. But I can also say, it’s amazing how the kids will quietly disappear in this simple fortress of questionable stability. Once or twice I got worried and did a stealth approach, scouting for […] 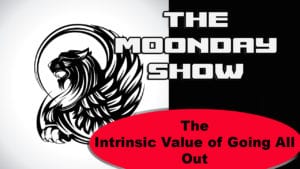 Blogging is more fun when it’s easy. And video is simple right? Just record to YouTube and link? Turn this blog into a vlog of awesomeness. But is vlogging easier than blogging? Let’s find out. Step into my high-tech studio and listen to what I’ve got to say today about working too hard (or so […] 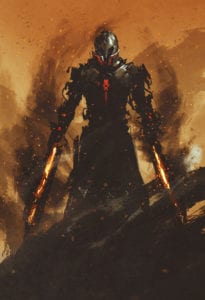 Daydreams are better than video games, theme parks, books, comics, Shakespeare in the Park or even big-budget movies. In the late seventies and early eighties, I realized there was nothing I dreaded more than being bored. Home Alone. Too much time on my hands. The internet not existing. Stories from books and movies took on […] 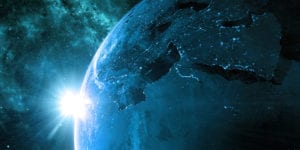 Why do we read science fiction? To travel the stars in the company of characters on grand adventures? To witness the hero’s journey from Tatooine to Endor? Perhaps the harsh sands of Arrakis and the secrets of the sandworms are more to your taste. Or is it the void itself, where lost fleets struggle for […] 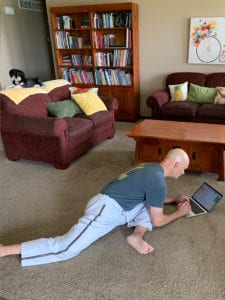 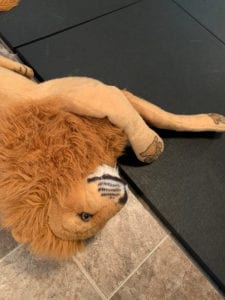 How much Netflix is too much? Should everyone watch the Tiger King? Could we, back in the day, have survived a quarantine like this without modern day technology? These are questions I’ve recently asked myself. It amazes me so many people are faced with the same problems right now. In the past, even the worst […]

This post is personal. I decided to make my living as a writer when I was twelve years old, but allowed life to dictate terms. Many blessings have fallen to me, and I am grateful. I thank God every day.  My job is meaningful and provides for my family, so I am fortunate to have […] 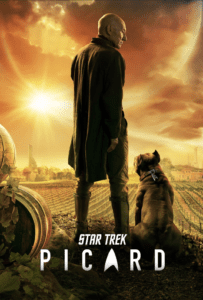 Should I watch the rest of Picard? This might sound like an obvious question since I already paid for the subscription service. I’m a sucker for these things, even though I rarely have time to watch television—not near as much as I’d like to. When an entire series dedicated to Jean-Luc arrived on Thursday, January […] 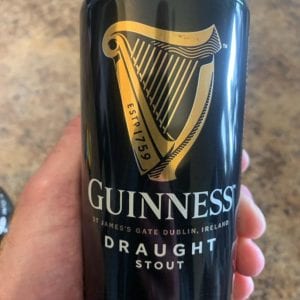 Yes, that’s clickbait. Sort of. But it’s also what’s on my mind. I’m not much of a drinker these days, but my friends still have a running joke about my tastes. I love Guinness. Ralph Kern, author of the Great War calls it the Devil’s Ass Water. He’s not a fan, but for me, the […] 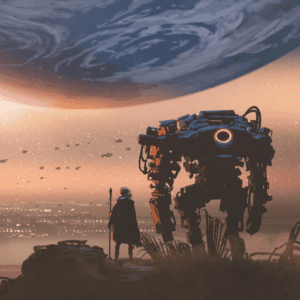 I like science fiction and fantasy for a lot of the same reasons, but they are very different and often have a distinct group of readers. I grew up on both, starting my serious reading adventures with the Doomfarers of Caramonde by Brian Daley.

Welcome everyone,I like science fiction and fantasy for a lot of the same reasons, but they are very different and often have a distinct group of readers. I grew up on both, starting my serious reading adventures with the Doomfarers of Caramonde by Brian Daley.It’s a story about a Vietnam era soldier who takes his APC crew through a portal to a magical world and has a bunch of adventures. By today’s standards, from a marketing perspective, this is a portal fantasy. I loved it because it involved going someplace impossible and doing amazing things in a dazzling new world where anything was possible.I used to read it every year, but haven’t touched it for a while. Maybe I should go back and decide if it’s as good as I remember.As time went by, I discovered authors like David Weber and John Ringo. I read Isaac Asimov and Robert Heinlein. There were others who wrote more scientific fiction, and science fiction that probably was better classified as space fantasy.What genre is Dune, really?I’ve always been very happy in a book.I’ve read thrillers, post apocalyptic stories, and historical fiction. It really just depends on my mood.Right now I am enjoying science fiction and I have been invited to write in a major post apocalyptic series.Regardless, I’m extremely fortunate to write stuff that people actually want to read. Maybe I’m not full-time, but I’m loving it and am often blown away by the support I get from people I never met before I started publishing books.Until next time,Scott

I never know what to write in the bio section.Should I be ultra-personal? Awkward. Uber professional? Boring.I decided to make the bio a blog rather than just a static page, which is probably dumb, but I’m going to do it anyway. Maybe from time to time, I can update it and make it relevant instead of this boring thing people skip over.Who knows?So why don’t we just start with this. My name Scott Moon, and I write. I’ve been in law enforcement for a long time, with ups and downs and many interesting experiences. I hope that gives me a way to make my stories better, with a deeper understanding of people in every type of situation.I love my friends and family. I’m religious but don’t preach about it and respect others in their own religious beliefs. A perfect day for me would be writing for hours, then working out once or twice, maybe even attending a Brazilian jujitsu class or something.I’d like to be a full time writer, since I’ve already put in twenty-one years at my current, soul sucking job. (Trying to keep it real. You get it, right?)Take care,​Scott

I’m having a really fucking hard day. But it will get better and tomorrow’s a new beginning.Once I’m done with my interview for the lieutenant position at my regular job, things will get better. It feels like a failure because I had hoped to be a full time writer by now. I get in my own way a lot.Why do I struggle when I have a nearly perfect life? Good friends, family, a steady job, my health, and a decent amount of success writing fiction (which has always been my dream).Who knows? It is what it is. I have more wonderful opportunities and so many excellent writing friends it’s crazy. I’m really blessed. So thanks for that. You know who you are.Wish me luck.​Peace. 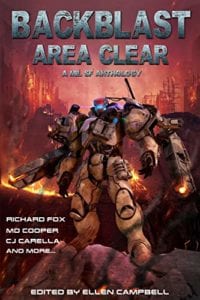 Yes, it’s true. I’m in another anthology (along with some fantastic authors: Richard Fox, MD Cooper, CJ Carella, Josh Hayes, Tim C. Taylor, Logan Scott, JR Castle, Navin Weeraratne, and Rick Partlow).The story I submitted is Ash Roland, originally started as part of Weapons of Earth. During the early drafts, I fell in love with the story of Kin Roland’s brother, Ashton, and Tabitha (William Orlan’s mother).When Weapons of Earth was done, it became clear that Ash’s story didn’t fit, but I couldn’t let it go. So when JR Handley invited me to submit a story to his anthology, I knew what I had to do.Ellen Campbell edited the collection and really pushed me to make the story as good as possible. I hope you’ll read it and give me some feedback.Ash is a rogue and a pirate lord face with an impossible situation. The story has action, suspense, and a dash of romance. The cool part is, this anthology is packed full of great Mil SF, so you can’t lose by giving it a ready.Be safe,​Scott 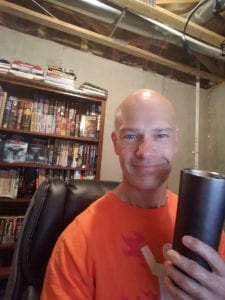 Yes, I read romance. For a lifetime consumer of science fiction and fantasy, this may seem unusual. But why not, I say.I watch romantic comedies at the movie theater. A lot, if not most, thrillers, space operas, epic fantasies have some romantic elements / sub plots… which we all enjoy. The other reason I read so broadly is that I just love stories. A good story is a good story, that’s all.What have I read or listened to lately?The Terran Strike Marines (Podium Publishers pack) (audiobook) which I wrote with Richard Fox. Hearing Luke Daniels narrate it has been a dream come true. So awesome.Running From a Rock Star (audiobook). Absolutely fun and hilarious. I will be reading and listening to more by Jami Albright.​Wrath by Isabella Starling. I’m just starting this. It’s way outside my comfort zone. It’s BDSM erotica, I think, and a revenge plot. What is keeping me reading? I hate the villain in this story so much it makes me want to punch things. We’ll see how far I get. Starling is a good writer; I’m just not sure this is a genre I want to read.Thoughts?Tell me I’m an idiot. Or a geek. Or say something nice. It’s up to you. I regret nothing.