Followers of Keystroke Medium (www.keystrokemedium.com) have the inside scoop. I have been writing with Richard Fox in his Ember War universe. Check out the exclusive YouTube interview here. Richard also announced the project on his Facebook page here.
​
I absolutely loved the Ember War series. Writing this book with Richard Fox is a dream come true.

The Dotari Salvation is complete and will be published in January. 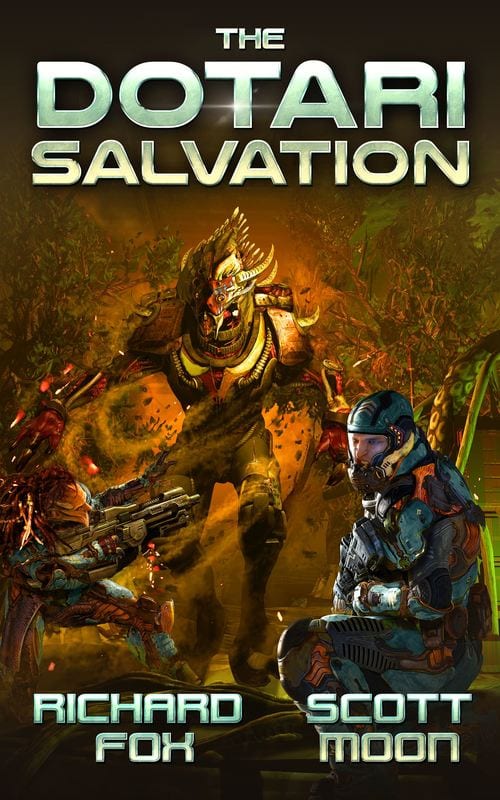 When The Terran Union has a mission it cannot fail, it calls up the Strike Marines. They are trained to improvise, adapt, overcome and win every fight.

Earth’s allies, the Dotari, face extinction from a deadly disease. The cure lies in deep space, and Lieutenant Hoffman and his team will join the starship Breitenfeld for the journey into the void.

Lurking in the abyss is a threat that’s waited with inhuman patience, and Hoffman must lead his Marines through a gauntlet and evade a foe designed to hunt and kill humans.
​
The Dotari Salvation is an action-packed military science fiction adventure set in the best-selling Ember War universe.